Since its debut at the 2014 New York International Auto Show, Kia’s third-generation Sedona, also known and marketed as Carnival outside of North America, has been trying to win over buyers of the Pacifica and of the Toyota Sienna from Chrysler. As beautiful as it is, sales have yet to overtake its rivals – however, all that could be about to change with the imminent arrival of its next-gen successor.

Can Kia’s next Sedona (known as Carnival in other markets) finally achieve segment supremacy? Let’s take an illustrated spy-based preview to see if it’s up to the challenge.

Unlike most large MPVs, the Sedona exudes a chunky stance that not only looks great but also improves driving dynamics. Two distinct styling themes will be available depending on trim level, with an all-terrain appearance package incorporating lower plastic cladding and silver highlights.

The styling of the front is progressive, with a new take on Kia’s tiger nose grille now encompassing a semi-floating LED headlamp arrangement. A hinged hood forms the base of a chiseled shoulder line running the length of the vehicle, and the greenhouse has a floating roof. Oddly, the side profile isn’t too different from that of the outgoing Sedona, with shiny C-pillar elements reminiscent of GM’s latest generation of full-size SUVs.

The rear is dominated by sleek full-width LED taillights, a large tailgate opening, and a scalloped lower bumper. Some models will also sport black lower sections and contrasting silver accents. 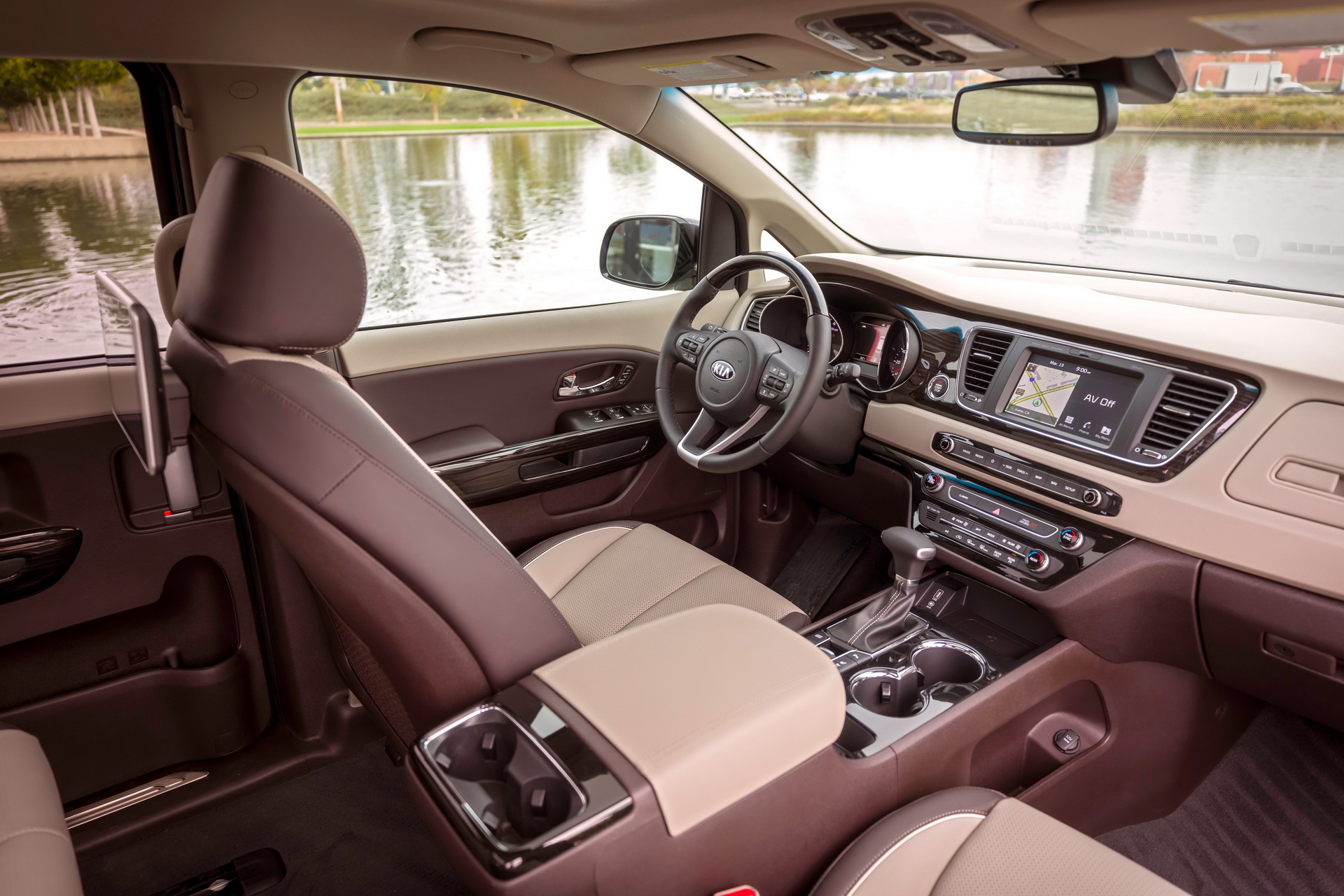 From what we’re hearing, Kia is aiming to knock the competition out of the water with a luxurious new interior that’s more Mercedes-Benz than Cattle Class. A huge digital instrument cluster curves seamlessly into the infotainment touchscreen interface, sitting atop a ledge of textured aluminum trim and HVAC controls. Elsewhere you’ll find high-quality plastics, contrasting nappa leather, and polished trim inlays.

We anticipate that the current 7 and 8 seater configurations will be carried over (offering white, black or beige upholstery) with improved 3rd row space. Comfort and convenience features will likely include heated and ventilated front and second row seats, wireless charging, Wi-Fi connectivity, a panoramic view monitor, a premium Harman / Kardon audio system, and a wireless charging system. rear entertainment.

Some reports suggest the Sedona could use carryover powertrains, including a 276-hp / 248 lb-ft 3.3-liter V6 and a 2.2-liter CRDi turbodiesel (for overseas markets). Others say it will use the all-new Sorento’s 2.5-liter turbocharged inline-four – which is plausible since the Sedona will be based on the Sorento platform.

This will also allow the Sedona to be offered with either the 1.6-liter hybrid powertrain or the latter’s 227 hp all-wheel drive, with power delivered to the roadway via an 8-speed dual-clutch automatic transmission. A powerful plug-in hybrid (PHEV) may appear at a later date.

The all-new Sedona will fight for school supremacy against the all-new Sienna, Chrysler Pacifica, Honda Odyssey and Dodge Grand Caravan (soon to be discontinued).

While it was originally rumored that it would debut at the New York Auto Show last April which never happened, we now expect an official reveal as early as this summer for the Korean version, followed later by the North American specification model, with sales starting in early 2021.

How would you rate the Sedona against the competition? Tell us why in the comments below.

Note: Artwork was produced by CarScoops artist Josh Byrnes and is in no way linked or endorsed by Kia