The 2022 Toyota Sienna excels at frequently moving large numbers of people and/or cargo in comfort and convenience. You’d expect that from a minivan, but the current fourth-generation Sienna, which was all-new last year, goes above and beyond what’s expected. First, it offers all-wheel drive for added confidence in bad weather, and second, it comes standard with a hybrid powertrain that delivers vastly better fuel economy than its V6-powered rivals. These are the main reasons why the Sienna is one of our top minivan picks (the Chrysler Pacifica Hybrid is the other).

Now there’s a third standout: the 2022 Toyota Sienna Woodland Edition. Toyota seems to have taken notes from Subaru and lessons learned about human behavior during Covid, and acknowledging that a growing number of families want to get away from everything, where the air is cool and you are more likely to be eaten by a bear than to catch a bug from another human being. The Woodland Edition is a slightly rugged version of the well-balanced Sienna intended to facilitate those restorative off-road adventures. It builds on the XLE trim level (second rung of the trim ladder) with increased ground clearance, standard all-wheel drive, tow hook rated at a 3,500-pound trailer, alloy wheels of 18 inches and crossbars for the roof rails found on the other Siena.

Looking at it from the driveway, you’d be forgiven for overlooking the Woodland’s specialized feature. The extra ground clearance isn’t obvious – in fact, at 6.96 inches, it’s only 0.59 inches higher than the standard XLE. It’s not really a TRD Off-Road. Roof rails with crossbars are present, but as far as you know these could just be stand-alone options. The tow hitch is also noticeable, inelegantly integrated under the rear bumper, but we had one on an XLE AWD we tested in Oregon. To be fair, maybe the extra ground clearance will mean the hitch won’t drag on the ground so easily when climbing driveways. 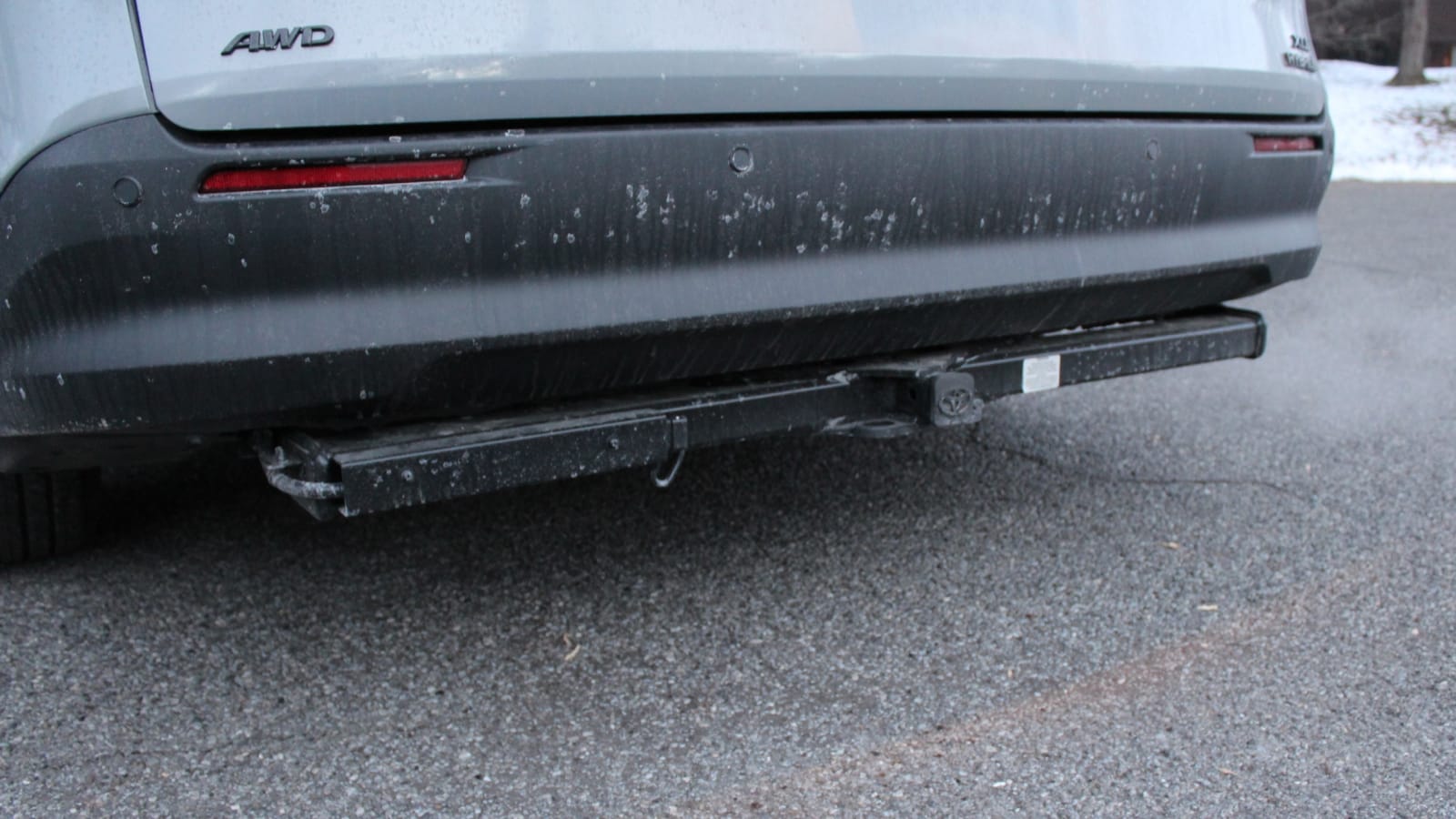 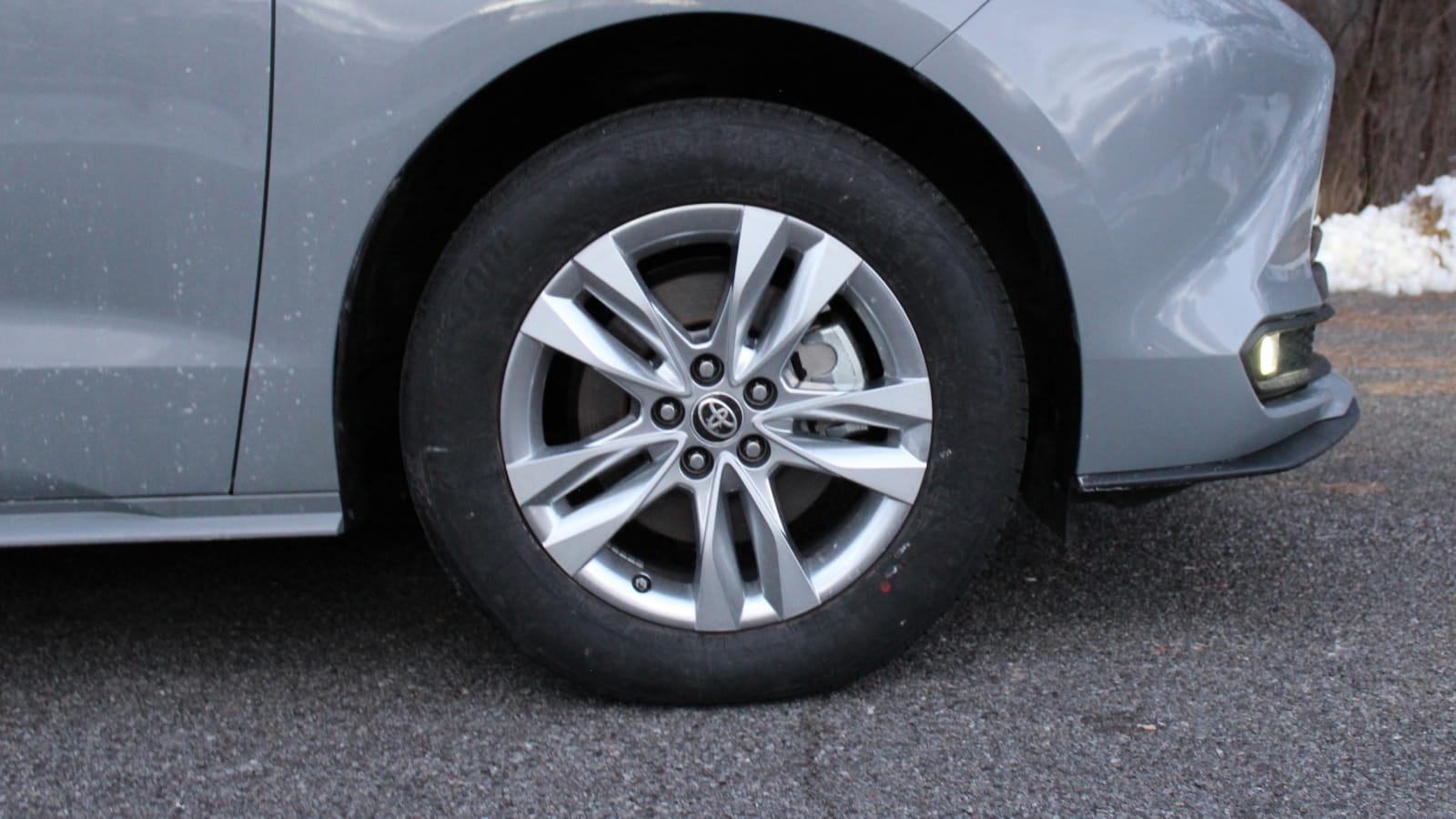 More surprisingly, there aren’t even special “Woodland” badging like there are on other exterior trim levels. The main cues, then, come down to color: the exclusive Cement exterior paint (the other option is Midnight Black Metallic), dark chrome accents and blacked-out badging. It basically looks like a sporty Sienna with a few options. That’s not necessarily a bad thing; we think it looks pretty cool.

Inside, the Woodland is differentiated by earth-toned stitching in the black Softex vinyl trim and upholstery, which on the seats feature the same diamond-shaped pattern as the Sienna XSE. It has the standard Sienna’s seven-passenger configuration, plus heated front seats, second-row sunshades, wireless phone charging, seven USB ports and a 12-speaker 1200-watt JBL audio system. speakers. Built-in navigation is also standard, which is nice in a vehicle supposedly meant to venture off the beaten path and therefore out of cellular data range. There’s also a 1,500-watt inverter with a 120-volt three-prong outlet in the cargo area, which should come in handy for powering appliances while camping or tailgating, or running pumps. tube for an inner tube trip on a river.

All in all, it’s a familiar space, with the same utility you’ll find in the other seven-passenger Siennas that impressed so much in our minivan comparison. That includes the super-convenient Super Long Slide Captain’s Seats and the fold-down third row that lets you prioritize passengers over cargo – or vice versa – with the removal of a few levers and straps. Unfortunately, as the Woodland is based on the XLE, it also includes a lot of questionably textured hard plastics that don’t seem to know if they’re trying to (poorly) mimic wood or metal. The XSE, Limited and Platinum benefit from higher quality materials. 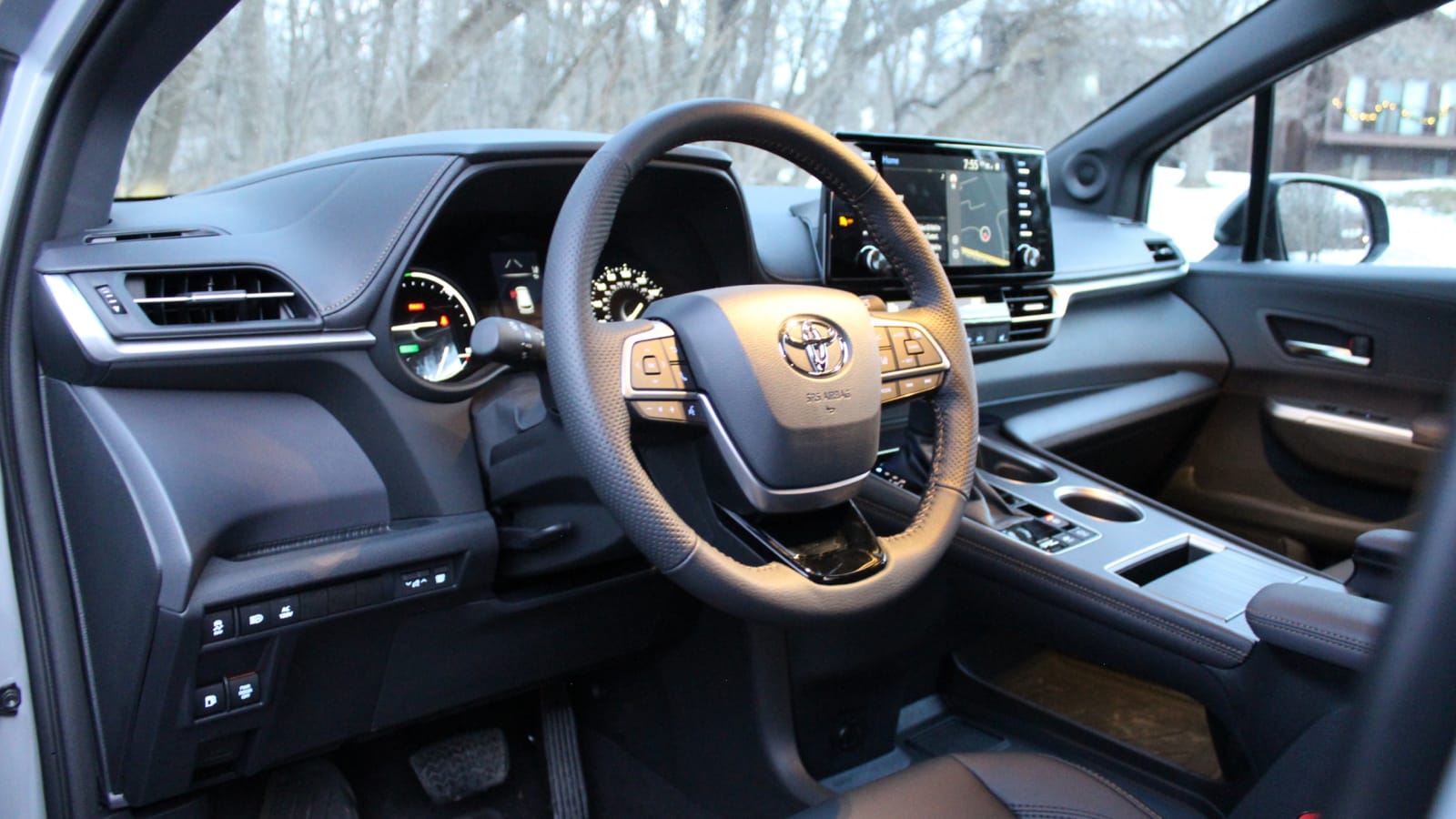 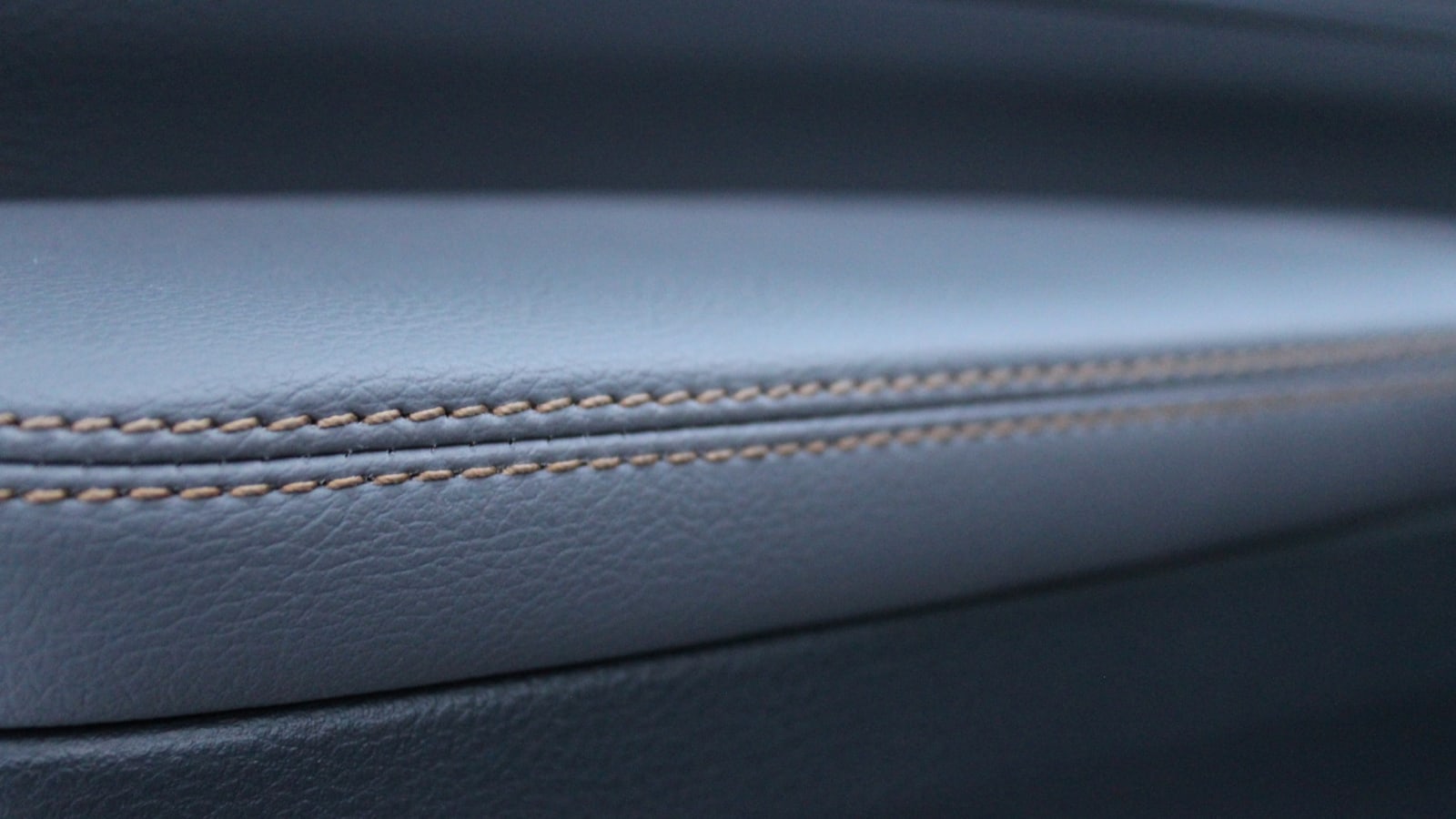 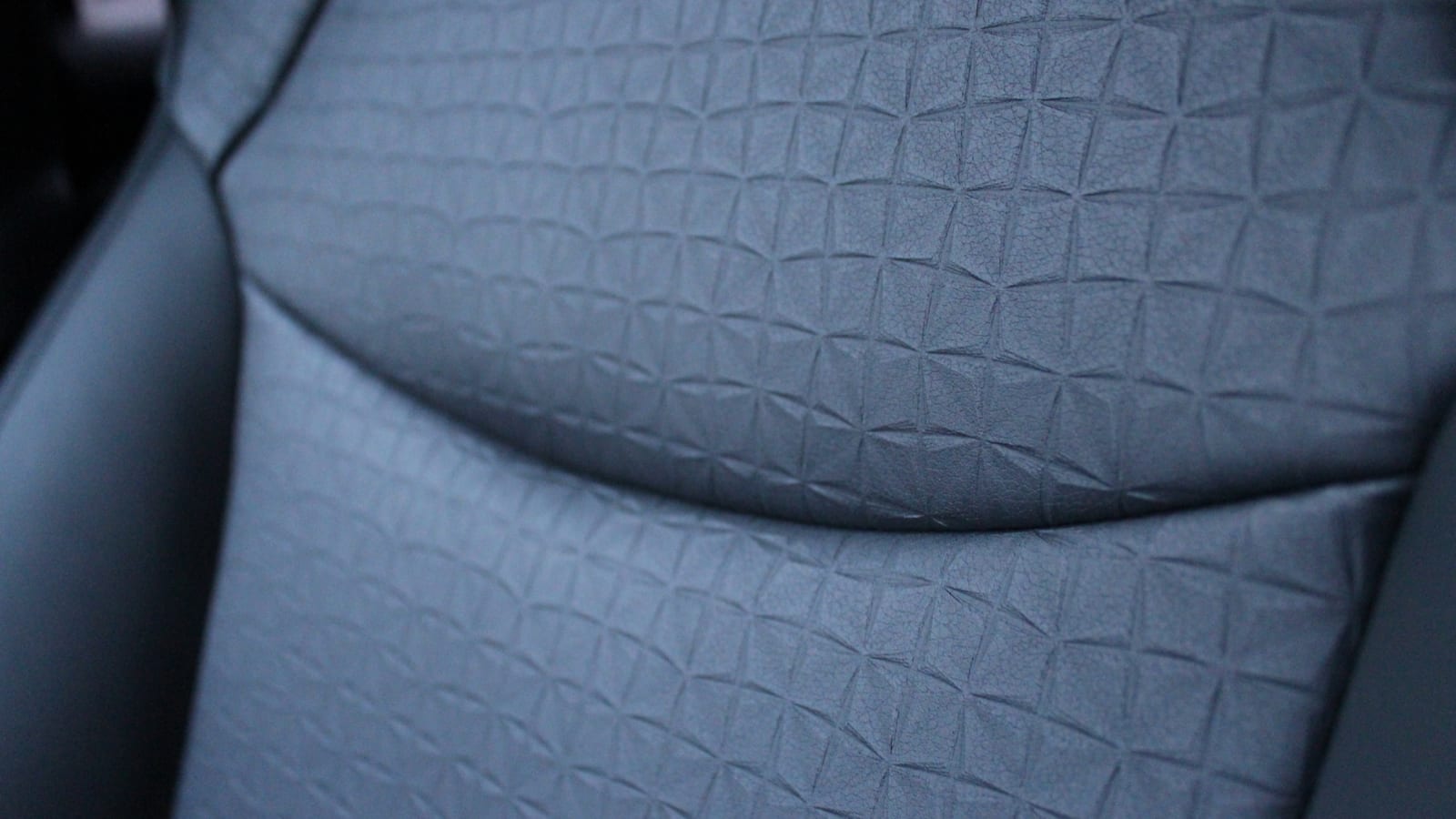 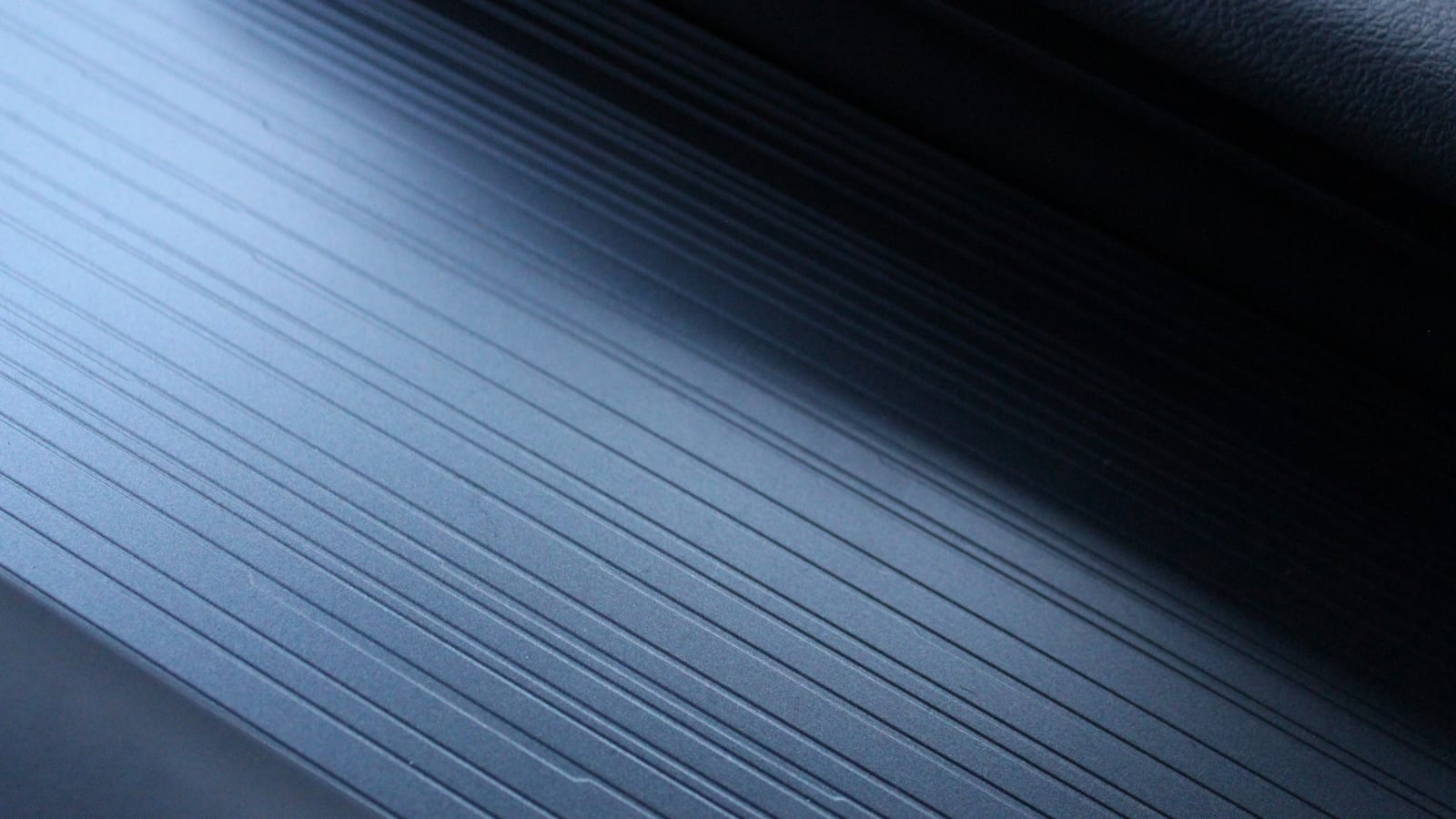 Behind the wheel, the Woodland looks familiar to those who have driven the current generation Sienna. Its hybrid powertrain is the same, with a 2.5-liter inline-four at its heart, complemented by electric motors and a continuously variable transmission. With all-wheel drive, which is standard in the Woodland, it gets a third electric motor to power the rear wheels when needed. The system delivers a total of 243 horsepower, which is enough to keep it alive off the line, thanks to the instant torque of the electric motors, but it loses much of that driving urgency as it approaches highway speeds.

The trade-off is the same excellent fuel economy found in every all-wheel-drive Sienna: an outstanding 35 miles per gallon in city driving, 36 mpg on the highway and 35 combined. That’s an insignificant deficit compared to the FWD Sienna’s 36/36/36 mpg rating. It’s a compromise we like, as the time we spend on freeway ramps is a tiny fraction of an otherwise refined and balanced driving experience. Especially considering these APE ratings are easy to achieve or best in real-world driving, savings at the pump are significant compared to all competitors except the Chrysler Pacifica plug-in hybrid. The V6-only Honda Odyssey, Kia Carnival and FWD Pacifica all get 22 mpg combined, a difference that equates to spending $850 more on gas per year, according to EPA annual fuel cost estimates. You’d spend $1,100 more for the only other AWD minivan, the 20-mpg Pacifica. 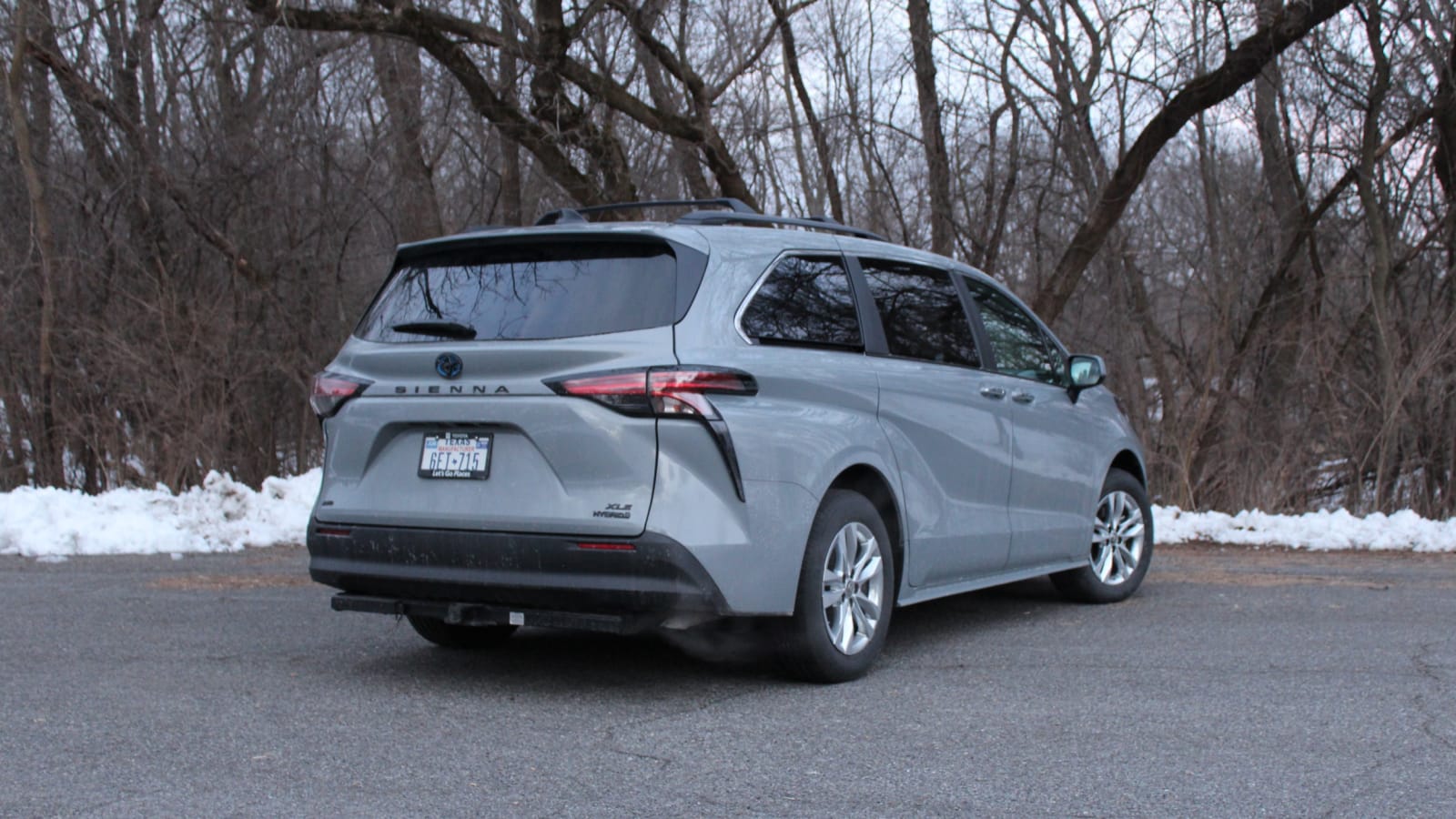 The ride and handling are also familiar. Just as you’d struggle to see the Woodland Edition’s ride height change, you’re unlikely to feel it behind the wheel either. The extra six-tenths of an inch of ground clearance doesn’t change the way the Sienna rides – it delivers the same straight-line stability, minimal body roll and surprisingly engaging (for a minivan) responses. It felt at home on both gravel and dirt roads, but not so much more than other Siennas we’ve seen. Its standard all-season radial tires offer no additional grip, including on snowy roads.

Ultimately, the 2022 Sienna Woodland Edition doesn’t add much to the experience, but it certainly doesn’t take away from the overall efficiency and usability that makes every other Sienna such a smart buy. The real reason to avoid it is the extra features and better interior quality found in higher trim levels. With these you can effectively recreate almost every feature of Woodland except for the added ground clearance – and somehow we doubt 0.59 inches will make much of a difference.

Now you’d also miss the few visual upgrades that give the Woodland its unique look, but again, they’re subtle. There just needs to be more here, both visually and overall. The Woodland Edition is more like an option package than a dedicated trim level, like the RAV4 Adventure. Priced at $46,565 (including $1,215 destination fee), we’d probably prefer to pick the options on our own and maybe save some cash in the process.