The van’s engine of choice has long been the V6. Powerful, not too expensive in fuel and, all in all, very reliable, it allowed models like the Toyota Sienna to be adopted by hundreds of thousands of North American families. However, with the price of a gallon of gasoline which has jumped considerably lately and the cost of living on the rise, young families must turn to more fuel-efficient vehicles. Well, consider the Sienna Hybrid, a model that proves a minivan can do without a 6-cylinder engine.

The hybrid engine is the workhorse of this new Sienna, the one that was introduced as a fourth generation model for the 2021 model year.

Sienna buyers are truly people looking for the comfort and storage space they usually can’t get with newer full-size SUVs like the Highlander and others in the class. They especially appreciate the capacity of the floor behind the rear seat. I would also tell you that it is very well shared in terms of the age of the clientele. For seniors, the Sienna is a vehicle that makes getting in and out easier, among other benefits.

The Sienna’s clientele is quite surprising. Although people think of it as a family minivan, some Toyota dealerships say they have childless customers who love the Sienna’s size. The clientele of the Sienna is therefore very varied: clients who go to Florida and want space; young professional families with more than two children; and multi-generational buyers who choose the Sienna to transport their aging parents.

In the case of the current 2021-2022 version, Toyota’s stylists opted for a much more burst and chubby look that even allows this Sienna to have a sporty look. To some it looks like an SUV, not a minivan.

However, it has similarities with its predecessor, but the huge black grille and the widened effect towards the rear give this vehicle a presence that makes us think of a sports vehicle. It’s quite ironic, considering that this kind of vehicles evoke absolutely nothing sporty. Either way, it’s striking, and I personally like what Toyota tried to do with this design. In its more punchy XSE version, the Sienna is strangely attractive.

Interior of the 2022 Toyota Sienna

Access to a Sienna is quite easy thanks to its wide doors. We like the dashboard, which has been raised to make it easier to access information and controls, but people of short stature could have trouble accessing certain controls of the multimedia system.

Even in the base LE version, the seats are comfortable and offer good lateral support. In the rear, when the model is equipped with captain’s chairs (XLE, XSE, Limited and Platinum versions), the latter offer a slide adjustment that allows them a clearance of 25 inches for maximum clearance. Otherwise, the interior configuration is eight seats with the LE and XLE models. 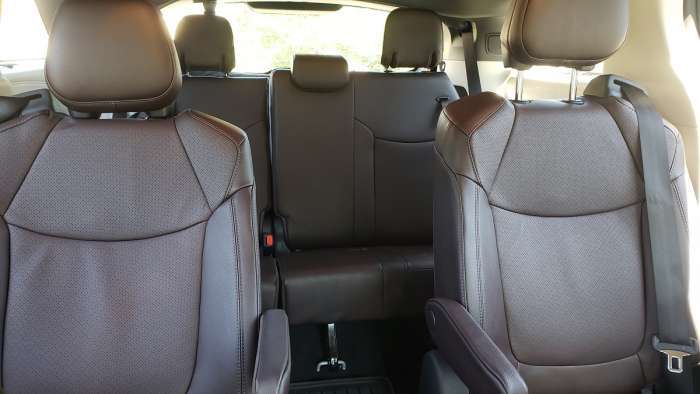 The forward visibility of the new Sienna is good thanks to a driver’s seat installed high in the cabin and also to a flat nose.

Sienna’s cabin offers plenty of storage space. Think of the long horizontal shelf installed under the dashboard and the huge floating center console that bridges above a gigantic storage space. A second compartment has also been fitted on top, towards the rear of this console. 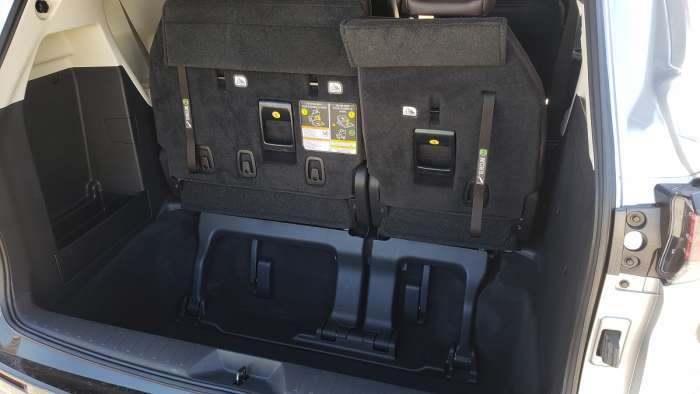 Other great features include opening the sliding side doors with a foot motion and the ability to enjoy an on-board refrigerator. 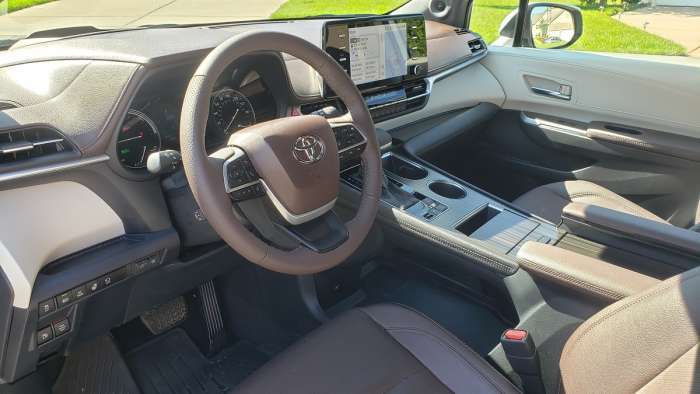 Of course, when it comes to safety, it’s all there with the Toyota Safety Sense 2.0 safety package. The Blind Spot Monitor is even standard on every variant. Ditto for connectivity where everything you need is present to connect your life to your vehicle.

All-wheel drive is also standard with every variant. All-wheel drive works well with the hybrid system, as power to the rear wheels is through the work of an electric motor. And speaking of hybridity, each version of the new Sienna is hybrid thanks to the work of a 2.5-litre 4-cylinder combined with two electric motors, all for a total power of 243 horsepower. That’s why each trim has the same 36/36 MPG.

Is the Toyota Sienna a good pickup truck?

Overall, when I drove the 2022 Toyota Sienna, I felt like it was a pretty good minivan. My family owns a 2007 Honda Odyssey and we still love it. But now, if I had to buy a new pickup, I would prefer the Sienna to the Odyssey. 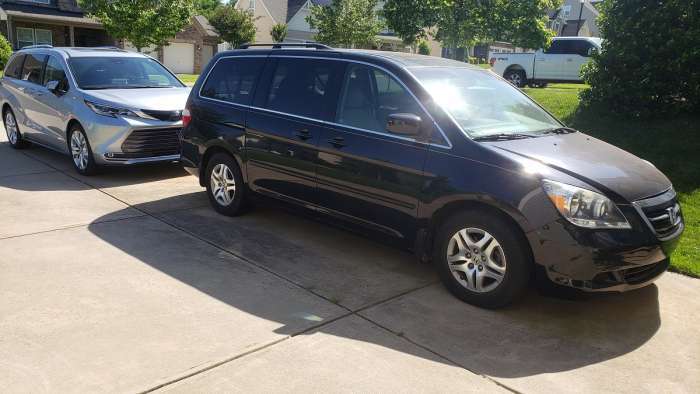 Always smooth and comfortable, the Sienna impressed me above all with the performance of its hybrid engine. Granted, it’s a much grumpier and noisier engine than the V6, but it’s so fuel efficient.

Over a one-week period, my Sienna recorded an average fuel mileage of 37 miles per gallon. For a vehicle of this size and weight, that’s very impressive. 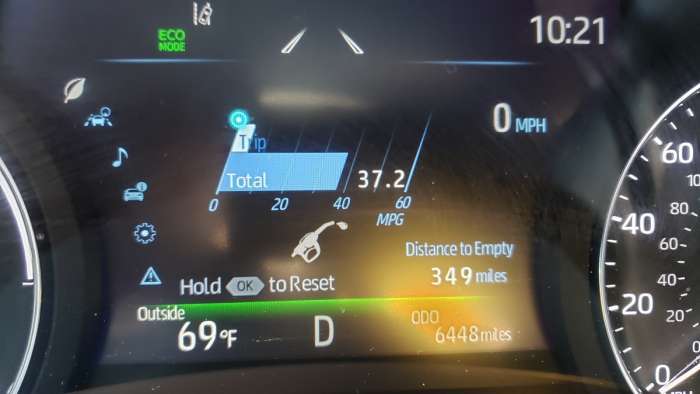 Driving the Sienna is a very enjoyable experience. Its performance is more than correct, and the electric assistance allows this 4-cylinder engine to deliver great power. There is also good structural rigidity and well-calibrated suspension elements for our roads. This is what allows this Sienna to withstand road imperfections well and ensure optimal comfort for its passengers.

After losing market share year after year to three-row crossovers and SUVs, minivans have adapted in an attempt to cling onto a sub-category of the utility vehicle sector. First, people were buying SUVs and crossovers because they looked better than minivans, so minivan designers began to change their approach. Second, buyers liked the variety of powertrains offered by SUVs and crossovers, so minivan makers like Toyota and Chrysler began offering hybrid powertrains.

It is obvious that the rational qualities of this Sienna, such as its hybrid engine, its comfort and the established reliability of its mechanics, allow it to be a wise choice for young families of the middle class.

Armen Hareyan is the founder and editor of Torque News. He founded TorqueNews.com in 2010, which has since published news and expert analysis on the automotive industry. He can be reached at Twitter couple news, Facebook, LinkedIn and Youtube.